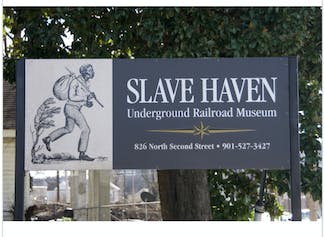 General
In this lesson, students will learn about slavery and the role abolitionists, including Samuel Cornish, William Lloyd Garrison, Frederick Douglass, and Harriet Tubman, played in ending slavery. There is a worksheet for students to jot down notes about each abolitionist covered in the lesson (on the title slide).

Learning objective
Students will be able to explain how different people took action in a combined effort to abolish slavery.

Instruction
Students will turn and talk about what it must have been like to be an abolitionist. They will learn about four abolitionists and wrote jot down notes in their note catchers. First, they will read about Samuel Cornish, a free black man who founded the first African American newspaper in the United States, Freedom's Journal. They will read about William Lloyd Garrison, who started his own newspaper, The Liberator. Its purpose was to educate people about the cruelty of slavery. Next, they will read about Frederick Douglass, a freedman who was inspired by William Lloyd Garrison's newspaper to speak against slavery at church meetings. They will also read about Harriet Tubman and all of her contributions to abolish slavery.

After that, students will discuss what they notice about two images of safe homes and slave quarters. They will watch a video about Harriet Tubman to learn some more about her.