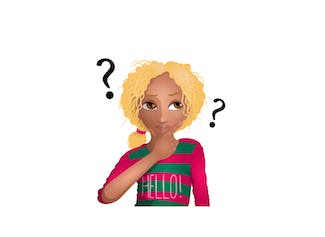 General
A complete sentence is made of a subject and predicate, and this is a foundational concept of English.

A fragment is an incomplete thought or sentence that is missing either a subject or predicate. Fragments are very common for young students, and learning to recognize and correct sentence fragments is a critical goal in ELA education.

Learning objective
Students will be able to recognize and correct fragments in a text.

Introduction
Students will review the concepts of subject and predicate. They will complete sentences by dragging subjects to their corresponding predicates. Explain why it is important to be able to recognize fragments.

Explain that fragments can sometimes be corrected by adding a comma, such as in this sentence: "Benjamin Franklin was a Founding Father of the United States, who is known for being an inventor. Students will practice this skill with this group of words: "Benjamin Franklin invented the bifocals. Which helps thousands of people to see." Then, students will distinguish between complete sentences and fragments. They will also read a short passage and correct any fragments.

Closing
Students are asked to reflect: how can you identify a sentence fragment? How can you correct a fragment? Why is it important to complete our thoughts when we communicate?

More English Lessons from Gynzy
It can seem daunting to teach students all the rules of English. Luckily, our interactive English lesson plans make that easier than ever.

Create a free Gynzy account today, and get your students excited about learning grammar.